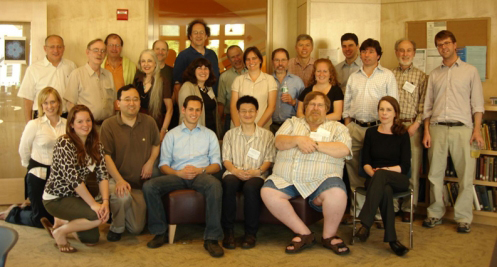 EPISTEME expresses its profound thanks to Walter Sinnott-Armstrong, his two incredibly helpful assistants and the Dartmouth Department of Philosophy for organising and hosting this teriffic conference.

CONFERENCE ON EVIDENCE AND LAW
At Dartmouth College in Hanover, New Hampshire
(To register for housing and meals, please ASAP contact Meredyth.Morley@Dartmouth.edu)

Session 3: What Do Courts Know?
2:00-2:50 Larry Laudan (Mexico), “The Epistemic Arithmetic of Criminal Justice”
3:00-3:50 Alex Stein (Cardozo), “The Epistemic Authority of Courts”
4:00-4:50 Michael Saks (Arizona State), “Explaining the Tension Between the Supreme Court’s Embrace of Validity as the Touchstone of Admissibility of Expert Testimony and Lower Courts’ (Seeming) Rejection of Same”

Ron Allen, “Explanationism All the Way Down”

Abstract: This paper argues for a coherentist theory of the justification of evidentiary judgments in law according to which a hypothesis about the facts being litigated is justified if it is such than an epistemically responsible fact-finder might have accepted it as justified by virtue of its coherence in like circumstances. It endorses an aretaic approach to the epistemic responsibility of legal fact-finders according to which whether legal fact-finders are epistemically responsible is a matter that depends on whether they are epistemically virtuous. Epistemic virtue is thus claimed to be an essential component of a coherentist legal epistemology.

Abstract: Issues about the combined weight of complex congeries of causation evidence come up over and over in toxic-tort cases, but first came explicitly to the attention of the Supreme Court in General Electric Co. v. Joiner (1997): Joiner’s attorneys claimed that his proffered experts were using “weight of evidence methodology,” and G.E.’s attorneys replied that this supposed “methodology” was bogus — nothing but the “faggot fallacy,” in fact. This was a false dichotomy: there is no mechanical procedure for assessing the joint strength of multiple pieces of evidence (as talk of “weight of evidence methodology” suggests); nevertheless, some congeries of evidence really do warrant a causal conclusion to a higher degree than any of their elements. For degree of warrant depends on how supportive the evidence is; how secure it is, independent of the claim in question; and how comprehensive it is; and while combining pieces of evidence will not improve the independent security of the elements, it will enhance overall comprehensiveness, and may enhance overall supportiveness, if the various elements are tightly interlocking. This epistemological argument is not specific to causation evidence, but applies quite generally. Arguably, however, at least since Daubert required courts to screen expert testimony for reliability as well as relevance, evidence law has imposed a kind of atomism that can impede adequate assessment of the degree to which combined evidence warrants a claim of causation.

Abstract: It has long been recognized that the yardsticks for assessing the reliability and the fairness of the criminal justice system must be quantitative in nature. (Witness the ubiquitous invocation of the Blackstone error ratio, the fixation on the rate of false convictions, and the thus-far abortive efforts to quantify the standard of proof.) This essay explores some of the key ratios pertinent to the evaluation of any system of criminal justice. Along the way, it shows why the ratios commonly invoked by lawyers and criminologists divert attention away from the relationships that should be our primary concern.

Jennifer Mnookin, “Of Black Boxes, Machines, and Experts: Problems in the Assessment of Legal and Scientific Validity”

Abstract: This paper will look at recent controversies over what kinds of testing are (and ought to be) required to establish legal validity for a scientific or expert technique, with a particular focus on recent controversies surrounding latent fingerprint identification evidence and breath test detection of alcohol. Specifically, I will focus on two strains of reasoning in some tension with one another, one of which emphasizes the adequacy of input/output testing in which the technique or method at issue is shown to get correct results when tested multiple times with known exemplars; and the other of which rejects treating the technique or machine as a ‘black box’ and instead insists that validation requires the existence and disclosure of a formally-specified method of analysis.

Dale Nance, “The Weight of Evidence”

Abstract: The reinvigoration of the Keynesian concept of evidential weight, as distinct from probability, has led to divergent views concerning the burden of proof in adjudication. In this paper, I correct certain mistakes that are to be found in the thinking about weight and argue that, with these corrections, it becomes clear that the question of weight is properly engaged only in the context of one very special kind of decision, the decision whether or not the evidence is ripe for a decision on the merits, whether the latter is based on probability, relative plausibility, coherence, or otherwise. As a general matter, this question of ripeness is appropriately assigned to the judiciary for resolution as part of the burden of production, rather than to the jury or other fact-finder as part of the burden of persuasion.

Abstract: This essay argues for a re-evaluation of the function of presumptions in argument and, especially, legal justification. Reviewing previous work on the operation of presumptions in several contexts, it explains how previous assessments of presumptions have been limited by a focus on their role as imperfect guides to inference, and suggests that, instead of thinking of presumptions solely as secondbest inferential devices, we might usefully focus on their function as reasons offered in support of conclusions. Thinking of presumptions as a kind of evidence in themselves—rather than as tools used to compensate for the absence of evidence—makes some of their uniquely useful features more apparent and can even suggest new ways of approaching other theoretical gaps in the analysis of legal justification.

Michael Saks, “Explaining the Tension Between the Supreme Court’s Embrace of Validity as the Touchstone of Admissibility of Expert Testimony and Lower Courts’ (Seeming) Rejection of Same”

Abstract: By lopsided majorities, the U.S. Supreme Court, in a series of cases, persistently commanded the lower courts to condition the admission of proffered expert testimony on the demonstrated validity of the proponents’ claims of expertise. In at least one broad area — the so-called forensic sciences — the courts below have largely evaded the Supreme Court’s holdings. This paper aims to try to explain this massive defiance by the lower courts in terms of social epistemology (over logical empiricism).

Fred Schauer, “The Role of Rules in Evidence and Epistemology”

Abstract: In recent years prominent epistemologists have turned their attention to the law of evidence, and have found it wanting. Part of the critique is that many of the Anglo-American rules of evidence are based on philosophical confusion or psychological error, and in this respect the critiques are largely sound. But often the critiques go further, suggesting that rule-based evidentiary assessment is itself unsound, and here the issues are far more debatable. Indeed, not only is there a place for rules in the evidentiary assessments typical of law, but there may also be more room for rule-based decision-making in epistemic appraisal in general than the domain of philosophical epistemology has traditionally been willing to recognize. Law has much to learn from epistemology, but epistemology may have much to learn from law as well, and the role of rules in the acquisition of knowledge may well be one of them.

Abstract: I will discuss the pros and cons of allowing fMRI brain scans to be used as legal evidence for or against various mental states, including mens rea and the defendant’s mental abilities in criminal cases, the plaintiff’s pain and suffering in tort cases, lying by witnesses, and juror bias. None of these techniques is reliable enough yet to pass current legal standards, but a few uses have promise for the future. To properly handle this new kind of evidence, the law needs to allow brain scans in some but not other circumstances.

Abstract: This paper examines the epistemic authority of factfinders in courts of law. First, it delineates the outer bounds of that authority by specifying the law’s criteria for knowledge, on the one hand, and for ignorance, or “anti-knowledge,” on the other. Subsequently, it identifies the authority’s inner structure by explicating the law’s internalist criteria for justified beliefs in the domain of knowledge alongside the externalist approach to anti-knowledge—a domain within which the law determines rules and standards for allocating error.

Abstract: Under the typical rules of evidence in many U.S. jurisdictions, almost all relevant evidence is admissible at trial (see, for example, Federal Rule of Evidence 402). Intuitively, to best facilitate uncovering the truth, all relevant evidence needs to be in front of the trier of fact. In most circumstances, however, testimony regarding what one spouse tells the other in private is not admissible. Further, a person cannot be compelled to testify against his or her spouse, that is, a person can avoid testifying about anything he or she knows about his or her spouse simply by stating that he or she does not want to testify about it. Although confidential communications and what a spouse knows about the other are both relevant and quite probative, the trier of fact does not get to consider them. While the scope, character and very existence of these exceptions to the general principle of admitting everything into evidence have been questioned by legal commentators for centuries, they remain in force in most U.S. jurisdictions. In light of recent evolution in the laws governing families and recent changes in how people are organizing themselves into families, this paper revisits the justifications for the spousal testimonial privileges. It argues that the justifications for the spousal testimonial privileges are weak and that the evidentiary rules about spousal testimony should be dramatically altered.

EPISTEME will hold its fifth annual conference at Dartmouth College on June 20-21, 2008.

The focus of this year’s meeting is law and evidence.